The origin of Tonoike Sake Brewery, which produces the Saran Sake brand, can be traced back to merchants who moved to Tochigi Prefecture (100km north of Tokyo) in the 16th century. During this period, many merchants travelled back and forth between the East and the West of Japan and traded rice. As sake brewing became a popular way to add value to the rice they bought, many of them established sake breweries in Tochigi prefecture, which has since become known for quality sake brewing.

Every drop of Sanran is the fruit of hard work from our Kuramoto (brewing staff), the skills of our Toji (master brewer) and the passion of all people involved in the traditional sake-making process, which takes place during the winter months.

Makoto Ono, Tonoike Sake Brewery’s master brewer, has 18 years of experience and is one of the few sake brewers to hold both the Nanmbu Toji & the Shimotsuke Toji title. Since Makoto became master brewer in 2015, Sanran won 11 Gold awards in 2016 and ranked 2nd (out of 328 brands) in the 2017 National Nambu Toji Sake Competition.

Sanran sake, a marvellous combination of rice, water and tradition.

Most of the rice we use is a special saka mai (rice for sake brewing) grown for us in our local town. Not only are we able to support local farmers that produce high-quality rice, but we have better knowledge of the rice that goes into our sake.

Water is a very important element not just for quality sake making, but also for growing quality rice. We are blessed to have access to abundant natural water flowing from the nearby Nikko mountains, a world heritage site. Filtered through nature, this natural water is very ‘soft’ and makes Sanran smooth and slightly sweeter than others.

Making Koji is at the heart of sake brewing. Koji mold is carefully added to steamed rice to make Koji, which converts the starch in the rice to sugar. We use small traditional wooden boxes to make Koji by hand.

Merchants start to make Sake in this area

During the 16 century, many merchants moved to Eastern Japan and started making Sake in an effort to add value to the rice they bought. 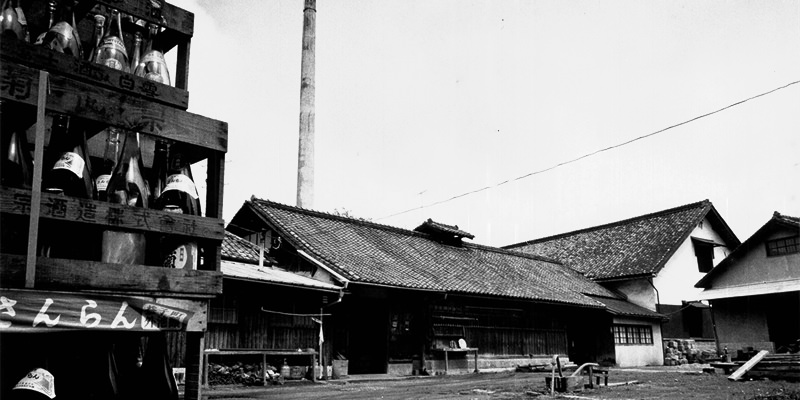 Born to a sake brewer in Utsunomiya, Itsutaro Tonoike founded Tonoike Sake Brewery on the hillside of Mashiko Town in 1937. (Our Sanran brand was created shortly after founding the brewery)

On the 11th of March, the Great Eastern Earthquake hit the region, damaging the brewery just as new sake was being produced and bottled. With the help of many people, we were able to recover and start brewing sake again!

You must be 20 years old to visit this site.